City of the Gods: The Return of Quetzalcoatl 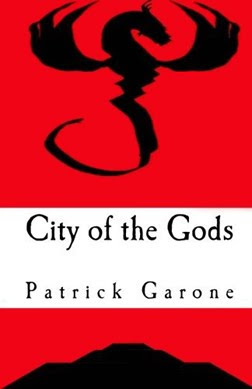 Something to look for next time you’re at a book store, City of the Gods is a newly-released novel from author Patrick Garone. The plot summary:

When an enormous UFO appears over Mexico City and begins broadcasting instructions in the ancient language of the Aztecs, anthropologist Sandra Ramirez is sent in with a team to establish contact with the ship. Instead, her assignment goes horribly wrong and she soon finds herself drawn into the invader's plans to violently transform our world and its history. Earth's only hope lies with Quetzalcoatl, a reawakened Mexican god who holds the power to either defend our planet or to assure its destruction.

Alien invasion + mexican mythology + giant monsters? I like that math!

Posted by Mysterious Pants at 8:30 PM

Yes, that math appeals to me also ;-)

But you said monsters in the plural. Do you have any intel of kaiju bejond Quetzacoatl?

Check out the new trailer to Behemoth!!!!!

Rich - I'm afraid I don't. I'm only repeating what the publisher sent along as a synopsis.

Thomas- I saw this over on the Undead Backbrain blog... looks interesting!

Rich, there are several monsters featured in my book City of the Gods. It is very much inspired by Japanese kaiju movies.

Pants, thank you for posting this.