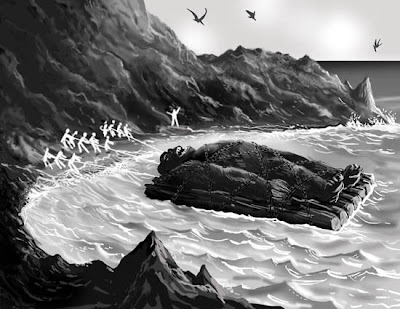 I came across this fun little entry on the blog of Pete Von Sholly, a feature film storyboard artist, comic creator and monster enthusiast who put together a conceptual sequence of how Kong might have survived his adventure in New York and then returned to his island home. Of course it doesn’t pack the emotional punch of the film’s original ending, but it’s a neat creative exercise all the same. You check out the entire post here:

Posted by Mysterious Pants at 9:46 PM No comments: 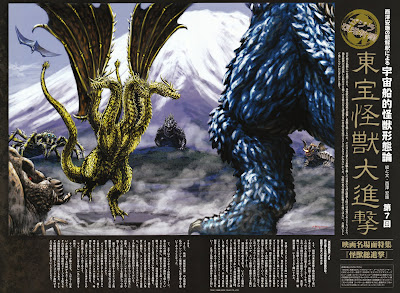 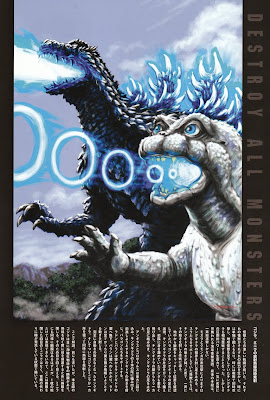 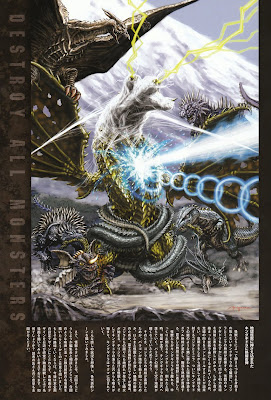 The fall 2009 issue of Space Magazine Uchusen pays tribute to Toho’s 1968 daikaiju-fest, Destroy All Monsters. Curiously, the artist has portrayed the monsters that, in the original film, had only appeared via stock footage (Baragon, Varan) or in a bit role (Manda) as active participants in the climactic fight with King Ghidorah. Neat!

Posted by Mysterious Pants at 2:11 PM No comments:

Ah, Japan. We can always count on you to take a simple commercial about charcoal air fresheners and package it in an Ultraman-like context (translation note: the Japanese writing on the monster’s stomach means “smelly”).