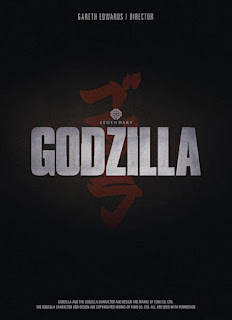 I’m cautiously optimistic about this bit of news out of the San Diego comic con, where Legendary Pictures revealed an early poster and teaser trailer for the upcoming American Godzilla film. The details of the trailer are covered over on iO9, but the general reaction from the fans has been pretty positive. Even though the footage is brief, it contains two encouraging elements which fills me with hope that Legendary is on the right track with this project: a demolished city and the silhouette of a creature that is definitely Godzilla-esque.

Granted, you can’t make out too much from that grainy image, but the outline is a heck of a lot closer to the Japanese Godzilla than the 1998 version ever was. In fact, its somewhat stocky proportions remind me of the design that was used for Godzilla's cameo in the Japanese film “Always on Third Street 2”:

Alright, director Gareth Edwards... you’ve got my hopes up for this thing. Do not pull a “Tri-Star” on me. My sensitive geek heart couldn’t take it.
Posted by Mysterious Pants at 8:43 PM No comments:

Links of Note and Possibly the Greatest Magazine Cover Illustration Ever 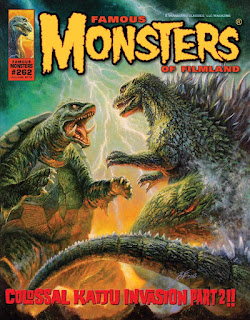 I think if I had come across this magazine as a kid, my brain would have exploded.

Got an iPad? Then you can download the indie app game Metrop-A-Stomp for free. As for you Android users- you gotta shell out 99 cents. 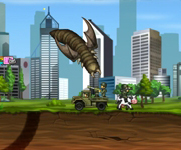 Speaking of games, you can also check out a fancier-looking version of Deathworm called Effing Worms 2 over here.

Shingeki no Kyodai is an interesting post-apocalyptic manga about the remainder of humanity surviving in a world of murderous giants. You can read a translated version of it here.
Posted by Mysterious Pants at 2:02 PM 1 comment: