As I'm still working on the second half of my misleading posters article, I thought that I’d keep things active in the meantime by sharing this odd little music video sent along to me by blog reader Benjamin. The song is from the band “Kidda” with the visual end of things handled by a London-based illustration/animation collective called Colour Club. It may not look like it from a cursory glance, but the video does star giant monsters, albeit by way of a graphic design style reminiscent of Cartoon Network’s Adventure Time series.

Posted by Mysterious Pants at 6:44 PM No comments:

I absolutely adore old sci-fi and horror film posters. In this age of internet tubes and knowing everything about a film before it even hits the theaters, it’s easy to forget that once upon a time, posters were used as a legitimate device to entice unsuspecting patrons into buying an admission ticket. And, as is the case with advertising, there was always a certain amount of... embellishment present. After all, the only way you were going to get an audience to pay money to see something like this: 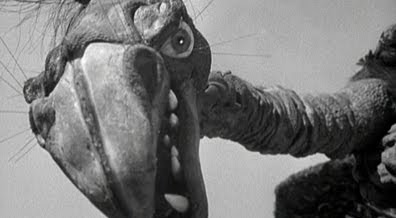 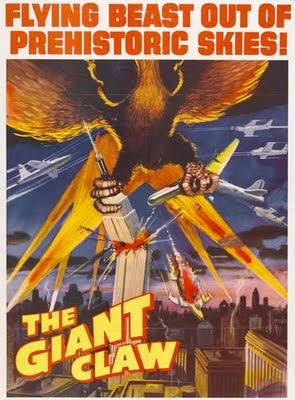 That being said, there are cases where the level of exaggeration went a little TOO far and what the poster artwork promised veered straight into the territory of outright dishonesty. The following are some of my favorite examples. 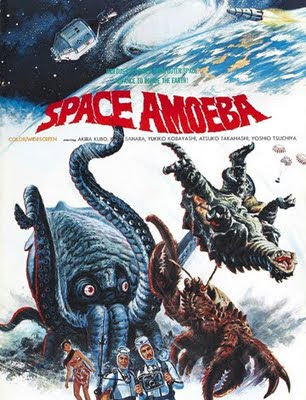 A trio of humongous, mutant sea creatures are squaring off in a three-way rumble! Awesome! And look- the original Japanese version of the poster features a similar image, thus confirming that said brawl will happen! 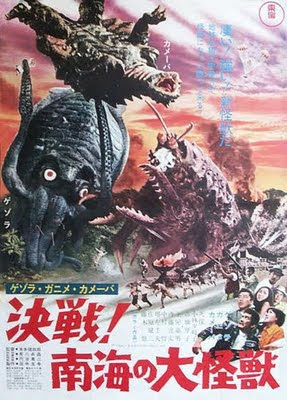 The brawl doesn't happen. In fact, the cuttlefish monster is killed off before the other two even make an appearance. Granted, the turtle and crab get into a brief altercation at the very end of the movie but it just doesn't make up for the anticipated triple beat down. However, the deception didn’t end with the poster. Check this out: 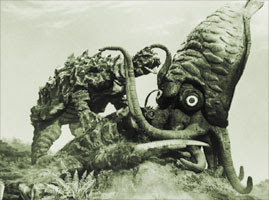 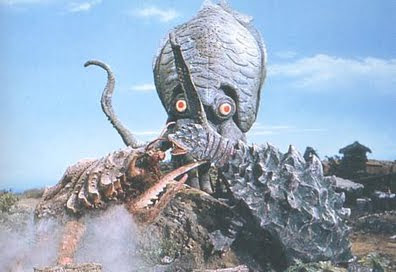 Seemingly, in an attempt to perpetuate the poster’s deception, the promotional photographs for the movie also featured the three monsters fighting each other! 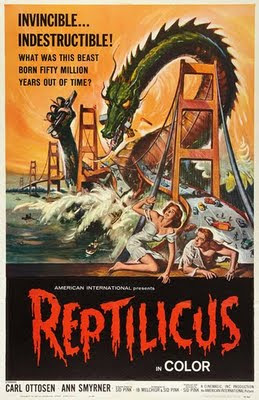 An enormous dragon is destroying the Golden Gate Bridge! San Francisco is screwed!

While the movie is about a dragon-like creature and does feature a scene with a bridge, that's pretty much where the similarities end. Much like the poster for The Giant Claw, using an image of Reptilicus as it appears in the film wouldn’t be a very good idea. Unfortunately, the artist’s attempts to punch up the monster’s appearance was, perhaps, a little too effective as the end result is something legitimately cool-looking when compared to the actual thing: 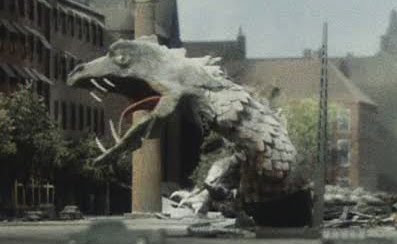 And the Golden Gate Bridge? It’s a nice example of “localization” so as to make the movie (or the poster, anyway) more relatable to an American audience. Reptilicus takes place in Denmark and while there is a scene involving a bridge, it’s actually the Langebro bridge in Copenhagen: 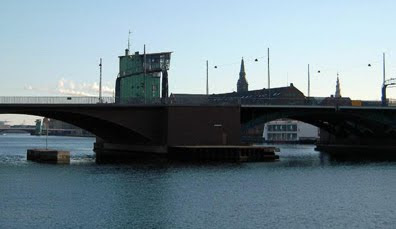 For the record, it doesn’t get destroyed either. 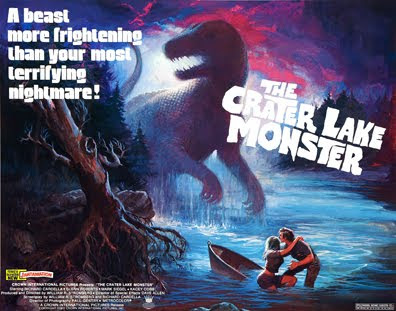 A Tyrannosaurus Rex has somehow survived to modern day and is about to make a meal of two hapless boating enthusiasts! I'm sure it's only a matter of time before it wanders into a nearby town or resort and goes all Valley of the Gwangi on the locals!

Here's a riddle: when is a T-Rex not a T-Rex? When it's a plesiosaur. 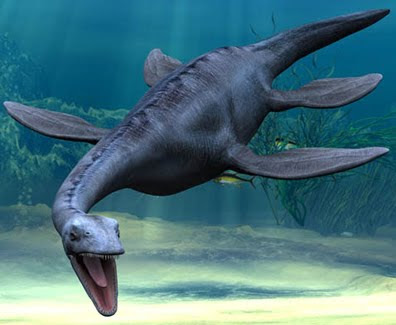 That's right- not only is the actual monster of the movie is an entirely different creature than what’s advertised but it also operates in a completely contrasting environment. It's like making a film about a murderous killer whale but then adorning the film’s poster with an image of a grizzly. 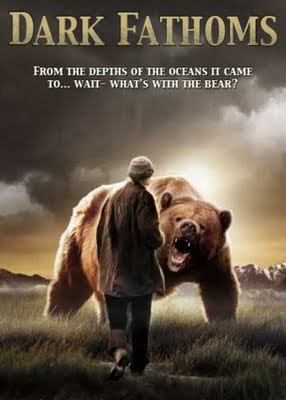 The poster was eventually corrected, but you have wonder what the movie’s producers were thinking the first time around. Perhaps they REEEALLY liked Tyrannosauruses or something.

More to come in part two!

Posted by Mysterious Pants at 7:05 PM No comments:

How To Train Your Dragon... For Broadway

It seems that Dreamworks is taking another stab at the theatre circuit (I say “another” because there was apparently a Shrek musical a couple years back) with a stage production of How To Train your Dragon, which will supposedly open next March in Australia. As part of some (super) early promotion, the local press got a sneak preview of one of the huge puppet dragons that will be used in the play:

That scary muppet is pretty neat. It’s realized by way of a technique used in the Walking With Dinosaurs- The Live Experience stage show (plug that title into the YouTube search engine and you’ll see what I’m talking about) which, with proper lighting and smoke effects to hide the support stand, can make the creature look eerily real at times.

I’m curious though, if the story will be a direct adaptation of the animated film- given that the movie version was about flying dragons and flying on dragons, would the stage version even attempt such a thing? Let’s not forget that the Spider Man musical repeatedly demonstrated what can happen when you mix theatre and complex wire-work stunts...

Posted by Mysterious Pants at 7:25 PM No comments: