It’s been kinda quiet around here recently, huh? Unfortunately my life has been rather busy lately and as such, I haven’t had much time to sit down and put together some decent-sized articles for the blog (I’m currently trying to finish up a review for Mega Shark verses Giant Octopus, which should be up before too long). I did come across this little tidbit of awesomeness on the Japanator website which I thought I’d mention here. 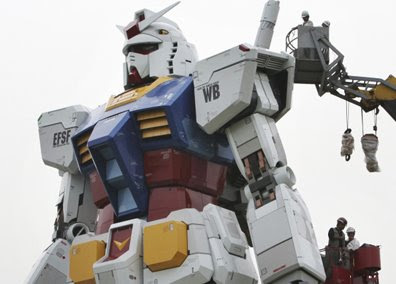 It seems that the Japanese have been on a recent kick to produce “life-sized” statues of popular giant anime robots; the first is a 59-foot tall recreation of the popular robot from Mobile Suit Gundam which will stand in Tokyo’s Shiokaze Park for a two-month period starting in July. 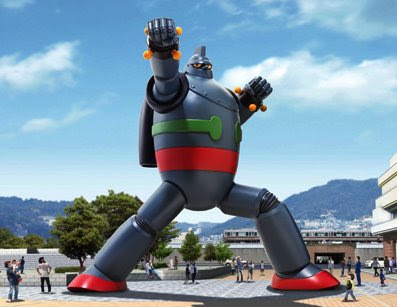 Much cooler (I think, anyway) is the proposed Tetsujin 28 statue, which is planned as a permanent fixture of Wakamatsu Park in Kobe as a way to commemorate the achievements of manga creator, Mitsuteru Yokoyama. You can actually check out pictures of statue’s various stages of construction on the official website. Very, very neat. I wish we did stuff like this in North America. Don’t tell me that a series of 1:1 scale statues of various Ray Harryhausen monsters adorning public parks wouldn’t be more interesting than the usual fare of historical figures on horseback. 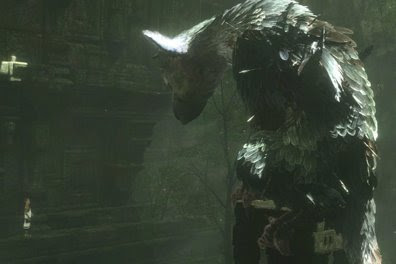 It seems that the video game Project Trio that I reported on not too long ago has been given its official title, The Last Guardian. There’s still nothing new in the way of details about the actual gameplay or plot, but Kotaku.com has a bunch of recently-released screenshots to peruse. You can check them out here.

One detail of interest that I didn’t notice in the teaser trailer when I watched it (but can be clearly seen in these new pictures): the cat/griffin thing seems to riddled with arrows. What could that be all about, I wonder? Given that this is a Japanese game, I can’t help but suspect that the creature might have a tragic end waiting for him at the story’s completion...

Posted by Mysterious Pants at 7:42 PM No comments: