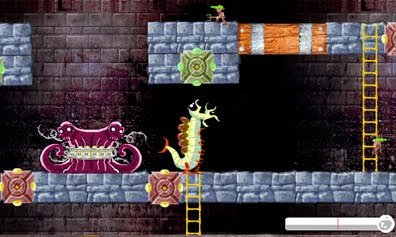 Here’s a weird little desktop defense-style game I found recently; you take control of a dungeon-dwelling creature out to protect its “Doom Chest” from an onslaught of angry villagers (should they manage to destroy said item, the game is over). Your monster can move freely around the area to either blast away the interlopers or chow down on them to renew its energy. Clearing out the level of intruders earns money which can be used for upgrades or to purchase contraptions that will slow down or damage the enemy units.

Be forewarned; things get considerably hectic with each subsequent, ever-increasing wave of attackers. I didn’t last very long before the villagers made hamburger out of my Doom Chest, but I fully admit to being lousy at games like this. Perhaps you might fare better. 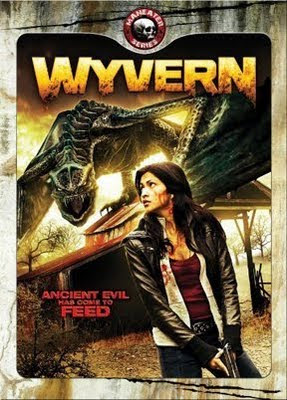 Being a citizen of the Great White North and only a basic cable television subscriber to boot, I have no access to the American Sci Fi (Sorry- SyFy) Channel or its home-brewed films aside from reading online reviews or what occasionally makes its way into the video rental shelves up here. However, while I am aware that there have been a couple of forays into giant monster territory, my urgency in seeking out these movies has always been dulled by the fact that they’re somewhat notorious for being... well, bad. Still, being a fan of this genre nowadays often means that you simply take what you get whenever new films occasionally appear and as I sat down to watch Wyvern, I fully expected a repeat experience of Dinocroc: a lackluster movie that features an otherwise a neat-looking monster on its DVD cover.

Surprisingly, I was wrong in my assumption; all things considered, Wyvern is actually an okay giant monster film. 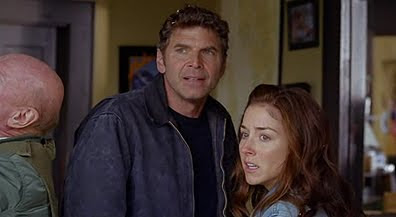 Keep in mind that I used the word “okay” and not “great”. If anything, the movie’s weakest point is that it’s yet another entry in the horror-comes-to-a-small-town formula that has been recycled endlessly since Jaws and firmly subscribes to all of its cliches. Central protagonist is a charismatic outsider? Check. Initial monster attack casualty dismissed as something pedestrian? Check. Planned town social event goes ahead despite warnings that doing so will put everyone participating in danger? Characters learn that if the monster isn’t stopped, the scope of its threat will become even more disastrous? Check. In an earlier version of this review, I had planned to include a plot synopsis but to be honest, it really isn’t necessary. If you’ve seen Jaws, Tremors, Bats, Arachnophobia, Piranha or any of a number of similar movies, this thing basically goes through all the same motions only with sightly different characters. 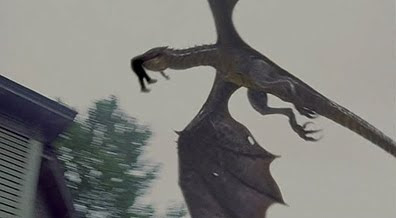 So what did I enjoy about the film, exactly? For one, unlike most straight-to-DVD release of this kind, the headlining creature of the film- the entire point of why I’m watching the movie in the first place- spends a surprisingly decent amount of time on-screen. No skulking in the shadows or only showing up in full view during the final minutes of the film- the wyvern is in plain sight throughout. Furthermore, the computer animation is actually pretty good as the monster moves around with a nice sense of weight, even when airborne. Refreshingly, the story also opts to give the wyvern a mythological slant to its origin; although the concept doesn’t really go anywhere aside from being used as a fanciful theory for the monster’s existence, it is a nice change from the overused “escaped, bio-genetic military experiment” explanation that currently seems to be in vogue with films of this kind. 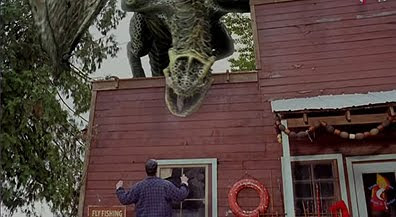 Overall, Wyvern can be best described as “competent”; in the grand scheme of things, it’s not a particularly significant entry in the genre but in terms of what it sets out to do, it does adequately. All things considered, that’s more than what could be said of many of the straight-to-DVD giant monster movies nowadays. Three out of five.