Here’s a quick commercial for Monsters Ate My Condo! from Cartoon Network games, which is now available from the iTunes App store. It’s hard to tell from the footage but the gameplay seems be a sort of Tertis-style deal of linking up similarly-colored blocks.

Additional information is available at the game developers’ site, PikPok.

Thanks to blog reader Benjamin for the head’s up!

Posted by Mysterious Pants at 7:44 AM 2 comments:

Sorry about the wait between posts- busy personal schedule and all that. Let’s continue onward, shall we? 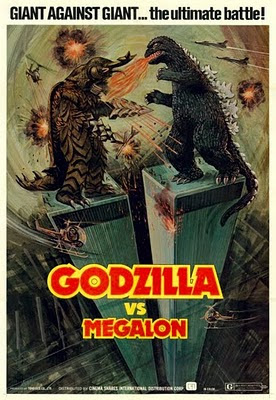 Godzilla and his new rival, Megalon, have both climbed to the top of the World Trade Center towers and are about to commence in a battle that will probably flatten New York city!

Godzilla nor Megalon get anywhere near New York. At the time of its production, the Godzilla franchise was at a low point, budget-wise, so a fight in the middle of a city with plenty of collateral damage was definitely out of the question. So where do the monsters have their skirmish in the film? Why, in a big, nondescript patch of countryside with nary a skyscraper to be seen. 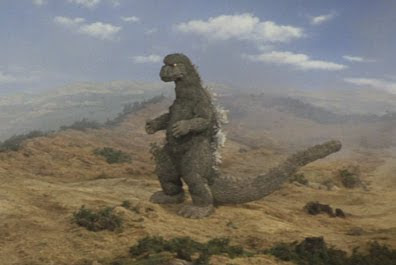 It’s commonly believed that the choice to depict the two monsters atop the World Trade Center towers was most likely a shallow attempt to capitalize on the buzz surrounding the Dino De Laurentiis’ remake of King Kong, which was to be released that same year. 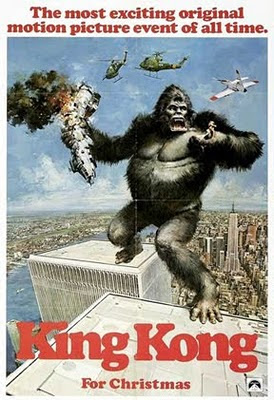 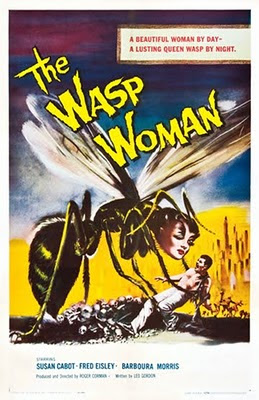 A hapless (and shirtless) man has fallen into the clutches of an abomination with the body of a humungous wasp and the head of a human woman! Judging by the pile of skeletal remains underneath her, she has an voracious appetite for humans and will undoubtedly move on to that city in the distance for the main course!

This particular poster achieves a two-punch deception in that the monster in the movie:

2) Sports an opposite arrangement of animal/human body parts.

In the film, Wasp Woman is the owner of a cosmetic corporation who, through overdosing on a serum derived from the royal jelly of a queen wasp, periodically undergoes a crazy transformation. The change doesn’t make her any bigger or mutates her from the neck down, but it does give her the head of a wasp... 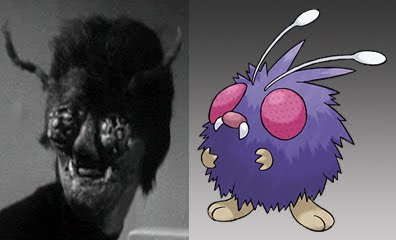 Godzilla vs. the Thing 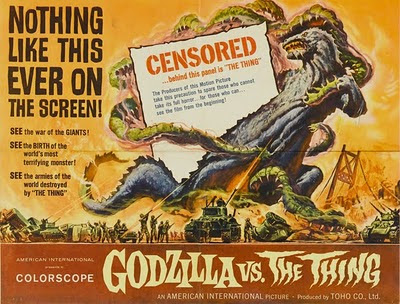 A rather elongated Godzilla is facing off against some spiky, tentacled horror that cannot be fully seen! What could it be? There’s nothing in Toho’s pantheon of daikaiju from that period in time (1964) that even looks remotely close to this unknown creature! I’m perplexed but intrigued! Mostly perplexed, though. 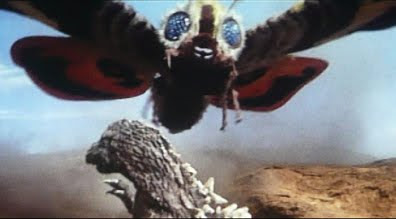 Apparently the American distributor, AIP, had concerns that Western audiences might be less than enthusiastic about a movie about a mutant dinosaur fighting an enormous moth and decided to play up Godzilla’s opponent as part-mystery, part-thorny octopus. Even the title alone is confusing; when I first saw this on TV as a wee, impressionable youngster, I kept waiting for the mysterious “thing” to show up, even long after Mothra made her appearance in the film.

Arguably, this particular poster- out of all the ones mentioned on this list- is the worst offender of the lot. Although the previously mentioned entries play fast and loose with exaggeration, they still all stem from some kernel of truth at their respective cores. Godzilla vs. The Thing is only one that flat out lies by prominently advertising something that simply isn’t in the movie.

You win, Godzilla vs. the Thing- your poster is the most misleading of all! Here’s a cake to celebrate your victory: 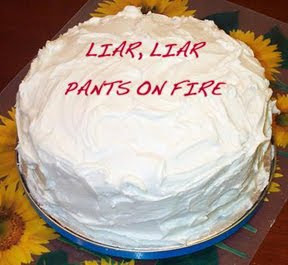 Posted by Mysterious Pants at 10:44 AM 2 comments: