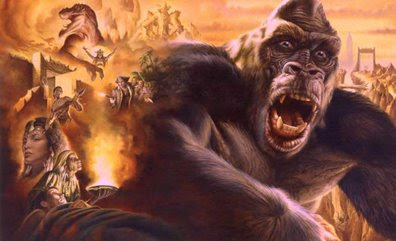 I stumbled across a couple of giant monster movie announcements today while visiting my usual internet haunts: the first is a film adaptation of Kong: King of Skull Island, an illustrated novel which details the events of Skull Island before the events in the original film as uncovered by Carl Denham’s son, Vincent . The meat of the backstory involves an ongoing rivalry between the giant apes of Skull Island and a species of intelligent, carnivorous dinosaur called “death runners”. Admittedly, I’m not much of a fan of prequels, but hey: giant apes verses dinosaurs. I’m willing to put aside my personal bias just on that alone. The weird thing with this movie though, is that Spirit Pictures (the company producing the film) is planning to go the CGI motion-capture route in the same way that The Polar Express and Beowulf were handled. Hard to say how that might go, considering the aforementioned approach sometimes comes off a little cold and uncanny valley-ish in the final product, but at this early stage of things, there’s not much point in fussing over it. 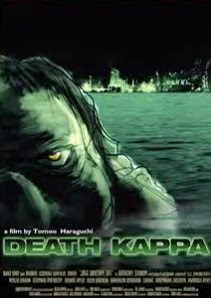 Switching from digital effects to rubber suits and miniature sets, we have the upcoming movie Death Kappa from director Tomoo Haraguchi. Haraguchi, a veteran effects artist who (among other things) handled the creature work on the first two 90’s-era Gamera entries, is approaching this pet project from a very nostalgic angle: his plan is to use only traditional  effects to create a tribute of sorts to the “old school” style of Japanese giant monster films.

Twitchfilm.net has posted a video where Haraguchi not only discusses his thoughts behind the movie but you also get a sneak peak of some miniature sets and the design of the kappa monster itself (as well as a drawing of a second daikaiju that also makes an appearance in the film as the kappa’s opponent). I hope this turns out to be a lot of fun as it’s certainly sparked my interest. 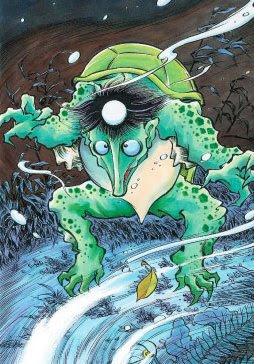 And for those of you not versed in Japanese folklore, the kappa is a mischievous water spirit that makes its home in rivers and ponds and preys on unsuspecting passers-by that get too close to water’s edge. Sometimes it merely plays innocent pranks on its intended victims but the creature can also be murderous; dragging people underwater to drown them (one theory is that the legend of the kappa was created as a way to make children wary of playing near water). The most particular feature of the kappa is the top of its head which is indented like a bowl and filled with water. Said water is vital to the monster’s ability to exist on dry land- should it be spilled, the creature becomes helpless. This can be achieved by simply bowing to the kappa and exploiting its etiquette to return the gesture. I wonder if the Death Kappa will have a similar Achilles’ Heel? Hmmm. I can already imagine the movie's ending narration:

"In the end, Kappa’s undoing was not because of the bombs or artillery but, rather, its own stubborn insistence on being polite..."

Posted by Mysterious Pants at 10:37 PM No comments:

Who Ya Gonna Call? 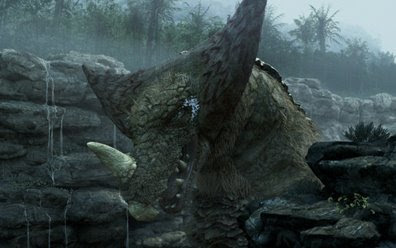 A tip of the hat to blog reader Benjamin for bringing an upcoming Nintendo DS release called Kaiju Busters to my attention. It’s another game that makes use of the Ultraman franchise (although Ultraman himself is absent); in this case, plugging it into something that, at a casual glance, seems to have been inspired by Capcom’s Monster Hunter series. 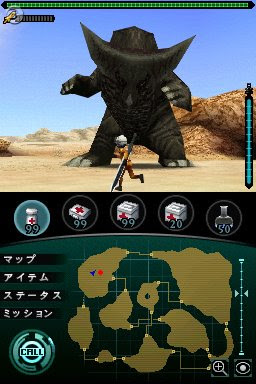 I did some further digging around online and found out some additional tidbits of info (there’s really not much at this point):

- players can battle alongside three other characters

- Over 40 giant monsters to fight 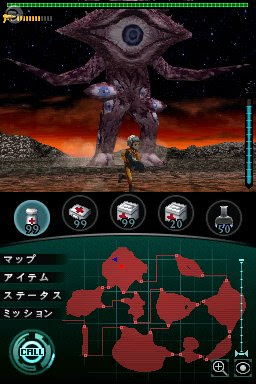 Okay, so I made that last one up. I’m just making sure that you’re paying attention. Anyhoo, a giant monster-themed game is something that has been long overdue for the DS, so I’ll definitely be picking this one up when it’s released around winter. You can also check out a brief trailer here.

Posted by Mysterious Pants at 8:49 PM No comments: 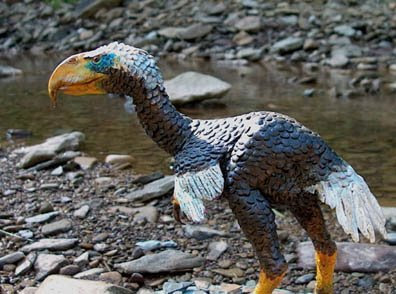 Warner Brothers has optioned a movie adaptation of The Flock, a novel by James Robert Smith about a modern day run-in with the descendants of prehistoric, carnivorous birds. The story synopsis, as pulled from the author’s website:

Salutations USA is the ideal town built by Berg Brothers, the studio that for generations produced family films. Constructed on a parcel of the decommissioned site of what was the Edmunds Bombing Range, it is the great studio’s intention to create a place that is what America once was. with room to expand.

But the land beyond Salutations is wilderness- 450, 000 acres protected from development because of its former military status. Other forces struggle against the company for control of those acres. Vance Holcomb, billionaire ecologist wishes to construct a research center, saving the rare habitats. Winston Grisham, retired Marine colonel, wants all parties away, capitalist exploiters and meddlesome tree-huggers alike; he and his militia wish to be left alone. Ron Riggs, Fish and Wildlife officer wants to know what is lurking at the edges of Salutations. And the lawyers slug it out in the Florida courts.

Unknown to most, this backcountry is home to the last population of a creature believed to be extinct: Titanis walleri, a predatory ground bird of saurian form. The creatures, possessed of near-human intelligence, have hidden since the first Native Americans came from the north. With humans on the doorstep knocking to come in, the Flock does not wish to be disturbed.

Could be cool- that is, as long as Hollywood doesn’t wreck it... like having the birds protect their habitat by wimping out and organizing a benefit concert or something. Archeologists have long since determined that a “terror bird’s” preferred method of negotiation was disembowelment; I’m hoping that the movie’s producers don’t forget that fact.

Posted by Mysterious Pants at 10:02 PM No comments: