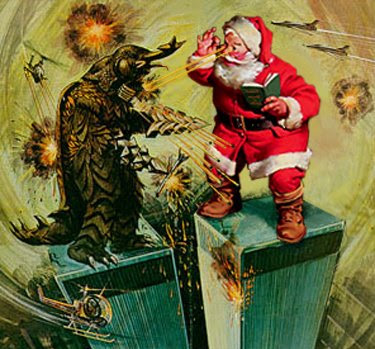 It's that time of year again, which explains the lack of posts recently. Nothing like a buttload of work, last-minute Christmas shopping and general holiday-related chaos to take its toll on regularly scheduled updates. Ah, well. 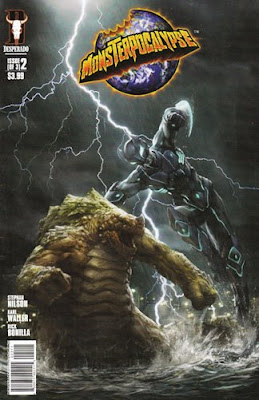 This tie-in to the recently-released tactical board game was a bit of a bugger to find. I knew about the comic back in July, but it never made an appearance in any of the local comic stores. Having tracked down the second issue, I think I might know why: it's a bit of a forgettable read. 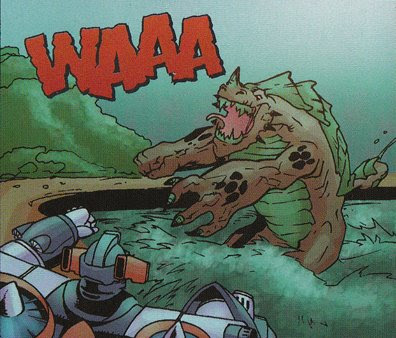 The comic is clearly meant to fill in the details of the game's setting and the various factions jockeying for power within it. There's a lot of info to digest here, which does explain why the book often comes off as a little talky. The central characters of the story consist of a team of humans who pilot a giant, anti-monster robot for a military organization called G.U.A.R.D. This would be fine if the characters themselves weren't so uninteresting and similar to each other, both in personality and general appearance (well, except for the female character, obviously). 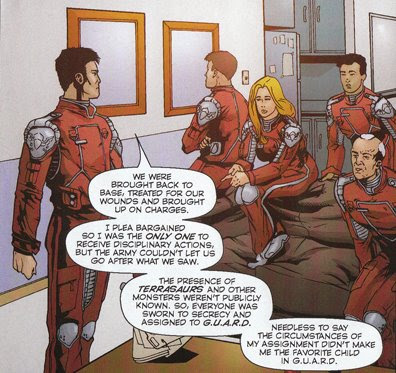 While the art isn't horrible (although a far cry from the wonderful cover painting), it does lack a nice visual "flow" between panels; an aspect which becomes bothersome during the fight sequence that happens towards the end of the story (I found myself taken out of the narrative a couple of times because the action was a bit unclear in spots). 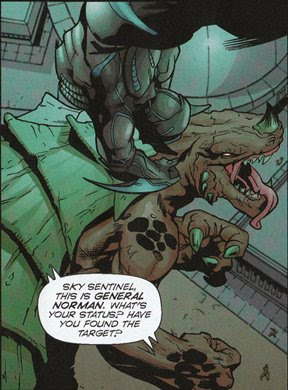 Unlike Dark Horse's Gigantic, my interest and curiosity has been pretty much laid to rest with this issue. Perhaps if I was an avid player of the Monsterpocalypse game, I might have been less critical but as far as casual readers are concerned, I really can't recommend this series.

Posted by Mysterious Pants at 9:00 PM No comments: 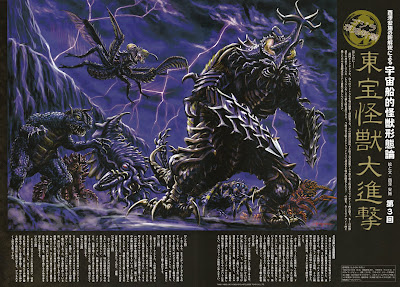 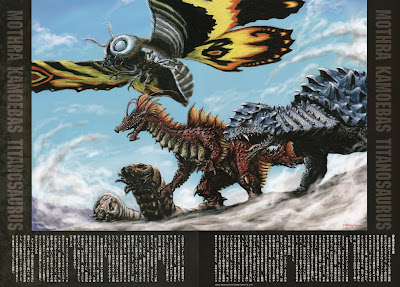 Here's the next bit of Toho monster artwork from Japan's Space Magazine Uchusen, which had been released back in October. Unfortunately, I had to spend some time in Photoshop once again to hide the seams and tears that resulted from pulling the pages free of the magazine's binding. To the editors of Uchusen: Please, no more two-page spreads. I'm begging you.