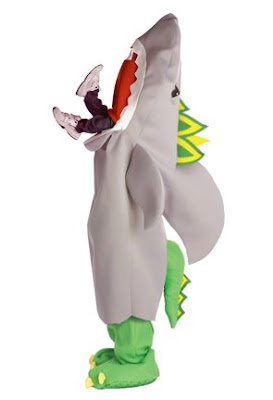 Roger Corman has apparently started production on a film called Dinoshark, about... um, a half-dinosaur and half-shark creature, presumably. Very little is known about the movie at this time, but it seems that Mr. Corman’s new technique of creating monster ideas involves taking the name of a modern animal and then adding the word “dino” in front of it... not unlike what he did with Dinocroc. Hmmm... could a Dinoshark vs. Dinocroc film be far behind? Personally, I’m hoping for a Dinobear movie. 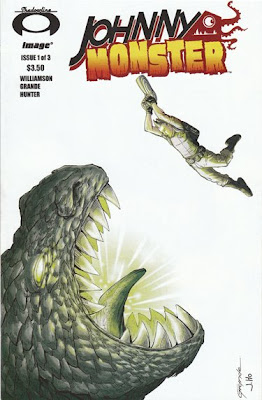 Last week I came across the first issue of Image Comics’ Johnny Monster, a comic that I had no previous knowledge of whatsoever (which is strange because I’m usually pretty aware of what’s up and coming with regards to geeky things).

In the world of Johnny Monster, rampaging creatures have become so commonplace that some individuals have made a profession out of hunting them. The titular character of the comic is a famous and unique hunter because he humanely subdues monsters with non-lethal methods before transporting them away for “disposal”. Sally Meyer, a New York City news reporter, suspects that there is more to Johnny that what he lets the public know (which isn’t much) and sets out to learn his secrets. 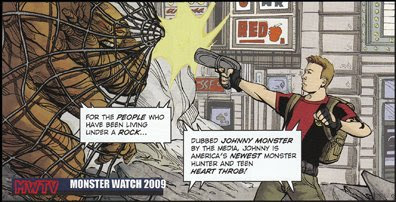 Overall, my reaction to the book was not unlike the comic tie-in to the Monsterpocalypse game; not terrible, but not terribly great either. I can’t help but wonder if perhaps a more unorthodox or cartoony art style might have helped shape my initial reaction into something a little more favorable. I also found that the writing could stand to use a bit more clarity in spots- for example, the story seems to infer that Johnny has some degree of superhuman strength, given that he wrestles monsters into submission, but nobody seems to react to it. Or... maybe he doesn’t. It’s kind of unclear. 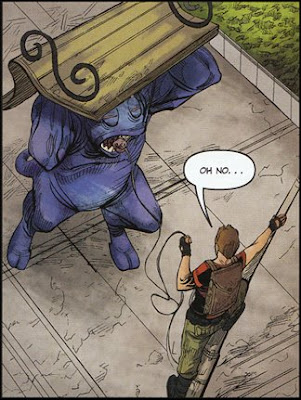 The monsters seem to sport a Jack Kirby-esque “Marvel Monsters” vibe, although (too) many of the designs are somewhat bland. Perhaps I’m being a tad harsh, but if you’re going to do a comic about monsters, then at the very least the creatures should look interesting for the most part.

All the same, I’ll probably stick with the series being that it’s only going to be three issues long and I’m curious to see if the story goes somewhere decent. The potential is certainly there.

Posted by Mysterious Pants at 8:45 PM No comments: 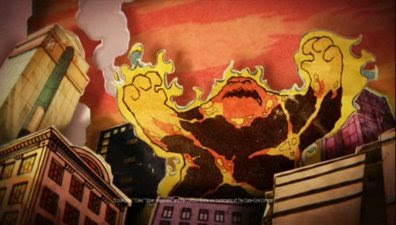 This recent Coke ad presents the theory that giant monster altercations can be diffused with refreshing beverages. Someone should inform Japan.

Although this has been posted on YouTube, you can watch a much clearer Quicktime version here.

Posted by Mysterious Pants at 6:54 AM No comments:

Here’s the next round of Space Magazine Uchusen artwork- thankfully, the publication has started to print their two page spreads with a separation, making the procedure of merging the two pieces into a single picture relatively simple. I couldn’t be happier! 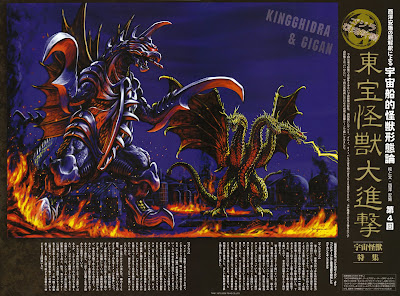 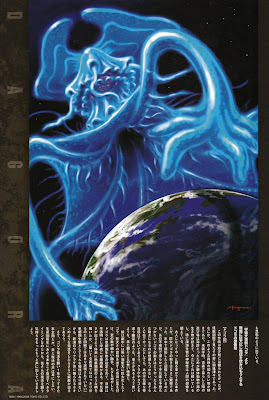 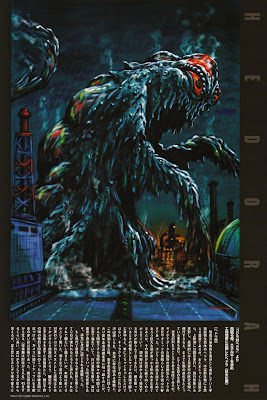