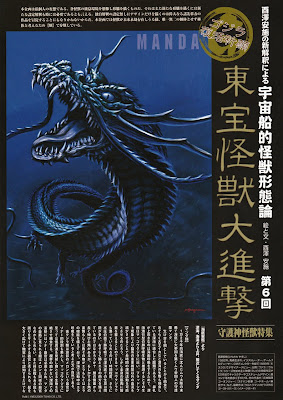 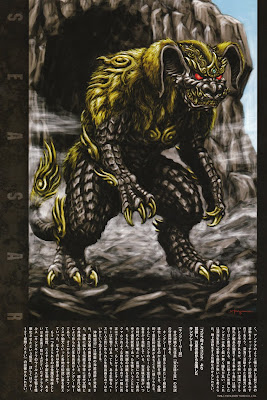 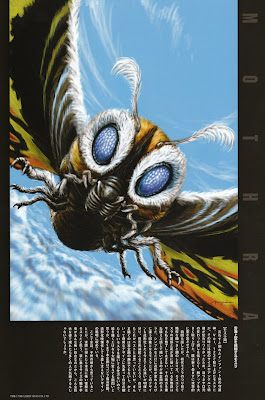 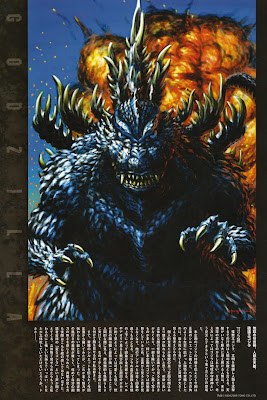 For your viewing discretion, the latest Toho monster art pieces from the summer 2009 edition of Space Magazine Uchusen. 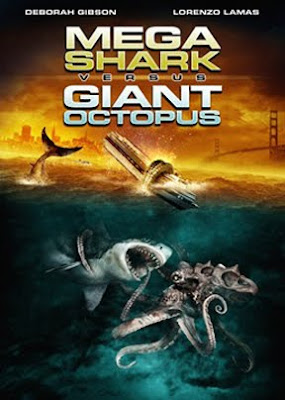 If there’s a lesson to be learned from Mega Shark versus Giant Octopus, it’s that expectation is the bugbear of common sense. It’s not as if Asylum, the company responsible for the film, has any sort of reputation beyond rushing low budget, straight-to-DVD Hollywood knockoffs to video store shelves (Transmorphers, anyone?), so there was already a heathy amount of skepticism present when the film was first announced. Yet, all it took was a trailer with one fleeting shot of a gigantic shark jumping out of the water at an airliner (as seen from the a P.O.V. of a passenger from inside the plane) to replace my doubt with cautious optimism that the movie might, at the very least, be a fun romp with lots of over-the-top giant monster goodness.

Here’s the thing: if you’ve watched the trailer (look it up on YouTube- it’s been posted a few times by different people), you’ve pretty much most of the good bits from Mega Shark versus Giant Octopus in their respective entireties. I can’t help but suspect that the film’s undoubtedly low budget probably had a lot to do with why the starring monsters are barely in the movie, but it’s still vexing to sit through scene after scene of uninteresting human characters talking about said giant shark and octopus instead of actually seeing them. 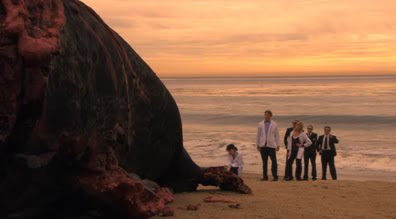 The plot is pretty straightforward stuff: a military operation involving a sonar transmitter near Alaska causes the destruction of a glacier which frees a prehistoric shark and octopus that had been trapped inside it. The two beasts swim away and immediately get busy wreaking havoc; the octopus demolishes an oil drilling platform off the coast of Japan, while the shark goes on an eating spree. Concerned oceanographer Emma MacNeil suspects that something is amiss when the mangled corpse of a whale washes up on a California beach, despite her superior’s assumption that the wounds are merely the result of a boat propeller. Emma revisits the site later that evening and discovers the fragment of a gigantic shark tooth embedded in the carcass. She secretly smuggles the item back home and consults with her old mentor, Lamar Sanders. The two mix colorful chemicals and run a computer scan on the tooth to learn that... it is indeed a tooth. They are soon contacted by a Japanese scientist, Dr. Seji Shimada; along with some video footage taken of the glacier when it shattered, the trio come to the realization that two enormous prehistoric sea monsters have been let loose into the oceans. 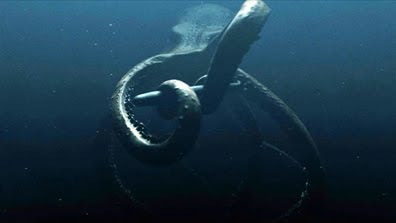 In the meantime, the mega shark decides to catch up to the octopus in terms of human body count and takes out a commercial airliner and U.S. naval destroyer. Having run out of ideas, the military forcibly enlists the aid of Emma, Lamar and Seji to come up with a way to stop the creatures. The scientists comply, but only under the terms that the creatures are subdued without being killed so as to preserve them for study. The three get to work mixing chemicals, but can’t seem to come up with any decent ideas. A sexual rendezvous in a janitor’s closet between Emma and Seji inspires the two with a plan to use chemical pheromones in order to attract the creatures to specific locations in order to contain them. More chemicals are mixed together. Unfortunately, things do not work out quite as intended; the shark eludes an attack from a battleship then takes a bite out of the Golden Gate Bridge while the octopus destroys Tokyo bay (well, we’re told the latter, anyway- the audience never actually gets to see anything). Since doing things the humane way just isn’t cutting it, the characters decide that the best thing to do would be to attract the two monsters to a mutual location so that they can finish up their battle from a few million years earlier. 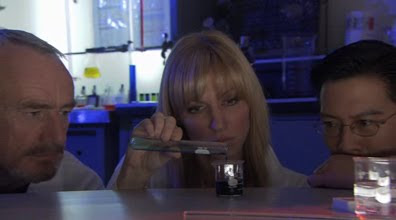 As to whether you’ll enjoy Mega Shark versus Giant Octopus or not is really going to come down to a mixture of your mood, expectation and level of inebriation. In my particular case, I was a little bored, hopeful that the craziness seen in the trailer was reflective of the actual film and stone-cold sober. It probably explains why I didn’t care much for it. A big problem here is that the film is- to put it bluntly- dull. At times, I almost felt like I wasn’t watching a giant monster movie so much as seeing an exercise in padding. Notice during the plot synopsis that I kept mentioning how the characters continuously indulge in bouts of mixing chemicals? Those sequences go on just long enough to make you wonder if the filmmakers were desperate to meet the movie’s running time and used every cheap trick they could to accomplish it. In two separate sequences, a naval vessel attempts an attack on the mega shark which, in turn, destroys the ship: both bits are practically identical to each other, as if someone had literally photocopied the earlier portion of script, changed the words “destroyer” to “battleship” and switched in new characters. 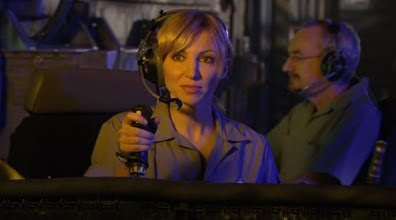 Acting-wise, Debbie (sorry- “Deborah”) Gibson is one of the better players in the cast, which really isn’t saying much. The actor playing her mentor tries his best at a Scottish (?) accent that is so inconsistent and distracting, it’s kind of a wonder why he even attempted to begin with. Former daytime soap star Lorenzo Lamas, who plays the obnoxious government official Allan Baxter, is just downright painful to watch; even for someone who is hamming up his performance. At least, I’m assuming that he was purposely acting over-the-top. It would be frightening to consider the possibility of what’s seen in the finished film is a legitimate effort on Lamas’ part. 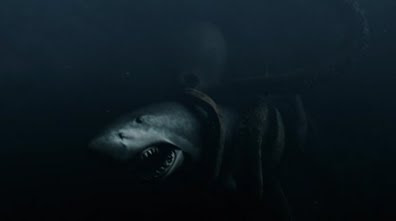 Special effects-wise, the CGI runs a gambit between competent and lackluster. The animators seemed to have trouble wrapping their heads around the concept that if something is supposed to be immense, it doesn’t zip around as if weightless. In many of the shots which involved the mega shark swimming along, the creature is swishing its tail back and forth like a guppy, completely undermining any sense of scale. Odder still, this same problem extended to the non-monster stuff, such as the military submarines, which also exhibited unbefitting amounts of speed and agility. And one little note to the film’s director- while blatantly recycling shots of the two monsters during their climactic fight may be easier on the film’s budget, it’s practically the filmic equivalent of flipping the bird to the audience.

As I said earlier, perhaps one has to be in the proper frame of mind to enjoy Mega Shark versus Giant Octopus but if you’re really in the mood for a giant monster skirmish, there are better films out there to satisfy that craving. 1 out of 5.