In a story undoubtedly inspired by the Easter Island statues, todays' installment of Stan Lee and Jack Kirby's giant monster comics (Where Creatures Roam issue 3, to be precise) involves an alien and his species' unusual- nay, UNBELIEVABLE- method of conquering worlds. 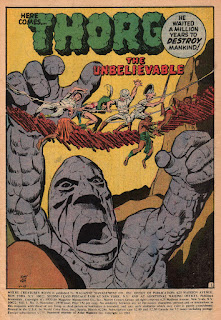 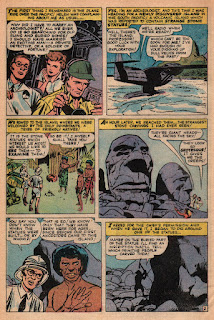 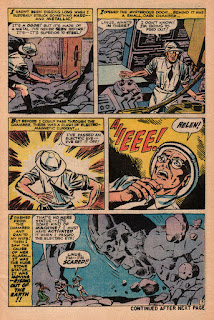 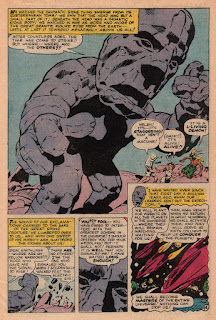 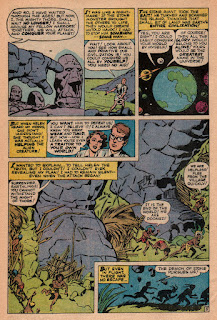 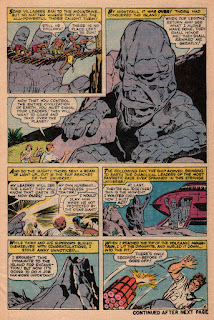 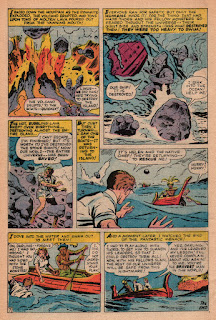 What I learned from this comic:

-When a wife is disappointed with her husband and his boring career choice, she will accompany him on one of his dull job excursions that she can’t stand.
-Thorg hails from an alien race that hasn’t changed evolutionarily, linguistically, politically or technologically over the course of a million years.
-Extraterrestrials with a lethal inability to swim will target a planet for invasion that is predominantly covered in deep water.

Posted by Mysterious Pants at 8:25 PM No comments: