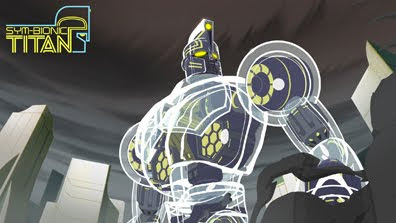 “The series follows the lives of Ilana, Lance and Octus, three alien teens that crash-land on Earth while attempting to escape an evil General who has taken over their home planet, Galaluna. Ilana, princess of Galaluna, Lance, a rebellious but capable soldier, and Octus, a bio-cybernetic robot, must now blend into everyday life in Sherman, Illinois (sound familiar, John Hughes fans?). Posing as high school students, Lance and Octus work to conceal Princess Ilana from General Modula and his hideous space mutants sent to harm the sole royal heir of Galaluna. When called into battle, our Galalunians are outfitted with individual armor that provides more than ample protection. It's when the gravest of danger appears that Octus activates the sym-bionic defense program and Ilana, Lance and Octus come together to form the spectacular cyber-giant Sym-Bionic Titan. It is in this form that they battle the most evil of beasts. The voice cast includes Brian Posehn (The Sarah Silverman Program) as Octus and John DiMaggio (Futurama) as King & General Steel.” 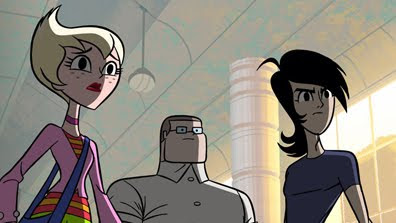 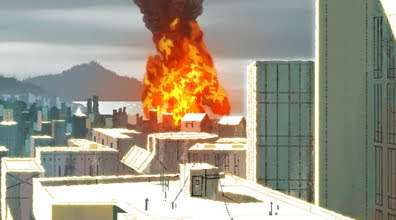 The show really seems to be aiming for an “old school”, Ultraman-ish vibe, but that’s not a bad thing by any means. The cartoon’s creator, Genndy Tartakovsky, has proven his geek worth in his previous efforts Dexter’s Laboratory and Samurai Jack, so it wouldn’t surprise me if Sym-Bionic Titan ends up sporting a fair number of references and homages to old giant monster movies and Japanese superheroes.

Here’s the recently released trailer for Roger Corman’s Sharktopus- judging by the light-hearted tone of the trailer, it looks as if the film is unapologetically embracing its B-movie roots. Will it make the finished product more watchable? Time will tell.

Posted by Mysterious Pants at 8:47 PM No comments:

Godzilla vs. the Sea Monster is the theme of the summer issue's art spread of Space Magazine Uchusen. I particularly like the artist’s interpretation of the giant condor that attacks Godzilla (before he promptly obliterates it) even though its screen time in the film is pretty minimal. 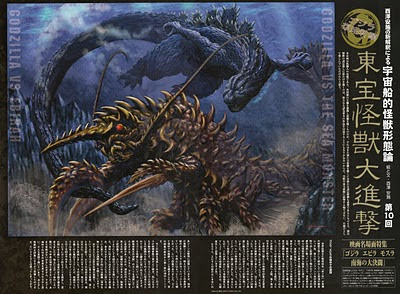 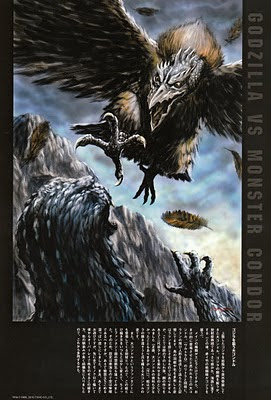 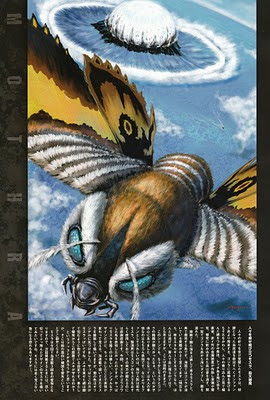