Yeah, I’m still around. Unfortunately, just as I was on the verge of finishing a new movie review, my computer’s hard drive decided to kick the bucket. I’m still in the process of picking up the pieces but in the meantime, I figured that I needed to put up a little filler post... so here are some awesome Godzilla doodles by artist Derek Thompson that I came across recently. You can view the full-sized version plus another page of sketches (along with tons of supah-cool artwork) over at his blog, “DerekMonster.” 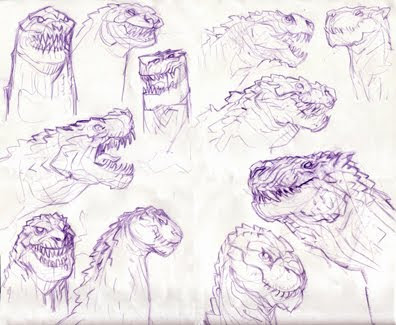 Posted by Mysterious Pants at 6:27 PM No comments: 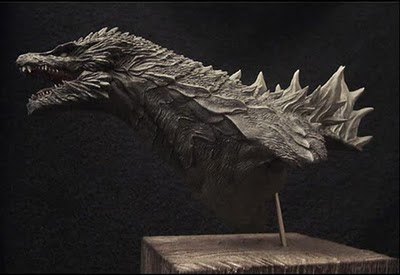 If you’ve been visiting any of the linked sites found on the right-hand margin of this blog, you’ve probably come across the above image of what is purported to be the design of the upcoming Legendary Pictures version of Godzilla that’s been making the rounds on various sites. So... could this sculpture be the genuine article?

To put things in perspective, we’re talking about the internet here... speculation has a long-standing tradition of running completely rampant online. Remember all the crazy theories flying around about Cloverfield before the movie came out in theaters? Y’know- the ones that, as it eventually turned out, were either flat-out wrong or had nothing to do with the final, finished film? 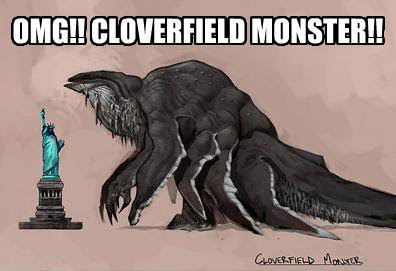 I fully admit to getting every bit as caught up in that hoopla at the time; now looking back, a little bit of restraint and common sense might have been a better path to take. As the old Proverb goes: fool me once, shame on you... fool me twice, shame on me.

This is why I really don’t have any sort of opinion about the photo in question at this point in time for a movie that has only JUST started development... other than it’s a nice sculpt. The guy (or girl) responsible is clearly talented. One thing I can say with certainty is that, given how Hollywood normally does things, whatever this new American Godzilla finally ends up looking like will probably be kept pretty confidential up until the movie’s actual release.