Links of Note and Dapper Ultramen 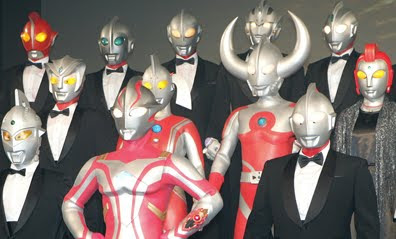 Some details of the Godzilla: Half-Century War comic mini-series due out in August by artist/writer James Stokoe. (Comics Alliance)

Obliterate puny humans as a Martian tripod in this click-and-point game. (Tripod Attack)

Posted by Mysterious Pants at 7:34 AM No comments: