From the 2nd issue of Sergio Aragonés Funnies: 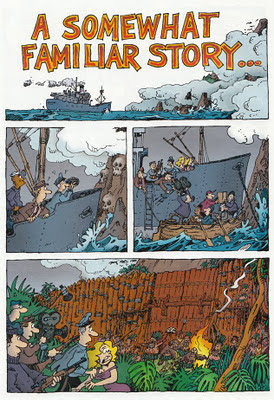 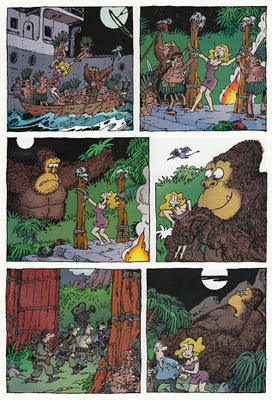 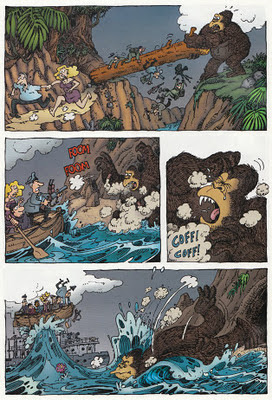 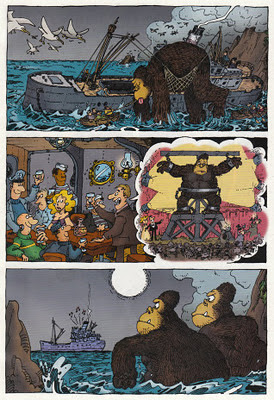 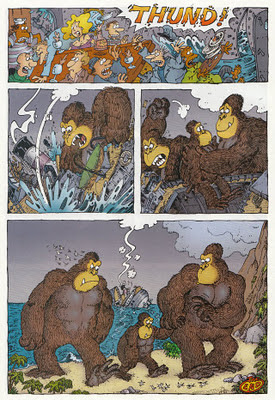 This March, a new Ultraman film will be released to celebrate the 45th anniversary of the franchise. The movie will also serve as an introduction to the newest Ultraman character- “Ultraman Saga” who... reminds me of someone... hmmm. Perhaps watching the trailer again will jog my memory: 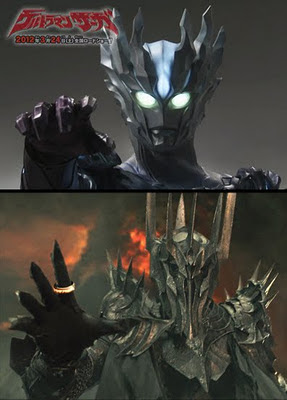 Posted by Mysterious Pants at 8:14 PM No comments: 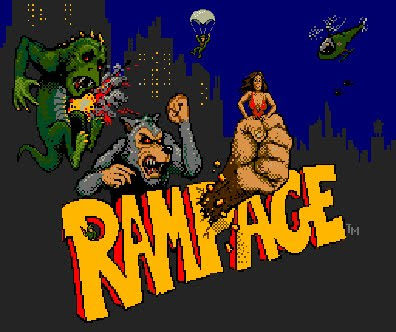 It seems that the 80’s coin-op arcade game Rampage is being developed into a live-action film, according to the Hollywood Reporter site:

John Rickard, who has acted as a co-producer on a wide range of New Line movies from A Nightmare on Elm Street and Final Destination to Horrible Bosses and next year’s tentpole Jack the Giant Killer, will produce and is meeting with writers to develop a story for the project.

The game comes from Midway Games, which was acquired by New Line's sister company Warner Bros. in 2009 for $33 million.

The concept of the game revolves around a trio of mild-mannered humans who are mutated into a giant Godzilla-like lizard, a werewolf and a gorilla, respectively, and fight the military while destroying buildings. Players controlled the monsters and moved up levels when a city was destroyed. The project aims to take advantage of the title and the visuals of the game.New Line isn’t usually in the tentpole business (the Lord of the Rings trilogy being the big exception) but the studio believes that technology has advanced enough that the possibility exists to make a smartly-budgeted monster movie in the vein and tone of Ghostbusters and Independence Day.

Well, it may not be a shining example of unbridled originality but if Hollywood is keen on making a movie out of an old video game, at the very least they’ve got their sights set on the one about giant, mutant beasts wrecking cities. The last line of the article struck me a little odd, however; the development team is aiming create something in the vein of Ghostbusters AND Independence Day- which are pretty distinct from each other, tonally-speaking. So... it’s a comedy... but not really?

Posted by Mysterious Pants at 11:45 AM 3 comments: