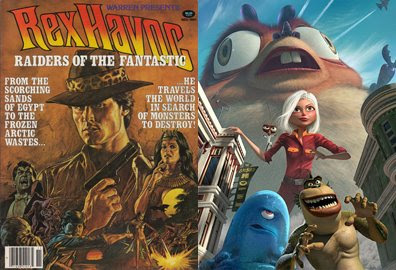 Waaaay back when Dreamworks first announced that their upcoming Monsters vs. Aliens film was in production, articles covering the story often made mention that the movie was an adaptation or based off of an obscure comic called Rex Havoc.

I did some sleuthing and managed to track down some information about said comic, in addition to a collection of the series. Rex Havoc and the Ass-Kickers of the Fantastic was a feature that sporadically appeared in an adult comic magazine called 1984 (later retitled 1994) by Warren Publishing in the late seventies/early eighties. The book was somewhat notorious in that it often featured controversial and offensive content, possibly as a method to compete with the more popular Heavy Metal magazine (Yes- the cover of the collection is titled “Raiders of the Fantastic”, but this was a change to capitalize of the success of Raiders of the Lost Ark). 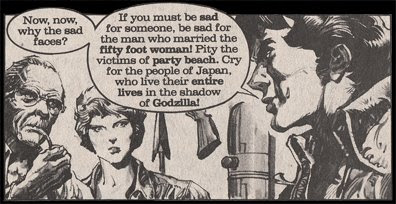 The story of the comic is a simple one: the world’s monsters have come up with a plan to make themselves more palatable to humanity by means of a proposed amendment that would give them the same rights and privileges as human beings. Opposing this scheme is Rex Havoc, a talented but dim-witted monster killer and his colleagues who have dedicated themselves to ridding the planet of “fantastics” (the socially-delicate term that monsters have created for referring to themselves).

The similarities between Rex Havoc and Monsters vs. Aliens are pretty much non-existent. Dreamworks has recently gone on record as saying that, at an early development stage, they decided to outright forego adapting the comic in favor of an original concept. I still can’t help but wonder if the movie is actually the end result of numerous changes and substitutions that eventually edged the Rex character out completely.

The entire run of Rex Havoc only consists of three tales (*correction as of Jan.28th- there's actually four in total as a visitor to my blog has pointed out.*), one of which was a parody of Japanese giant monster movies. I’ve posted the first five pages of that story below and will post further installments over the next few days. 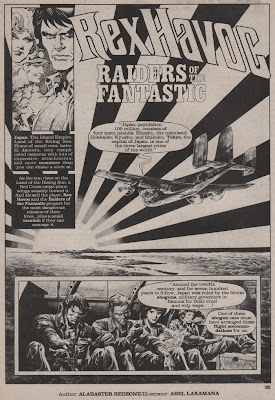 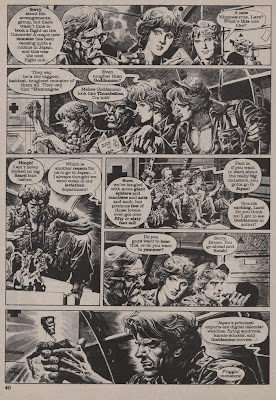 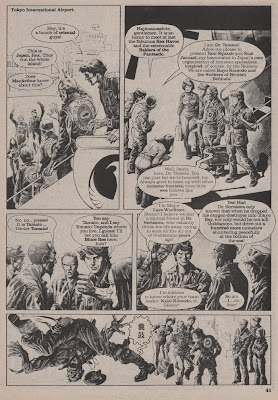 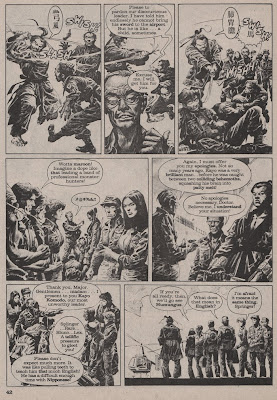 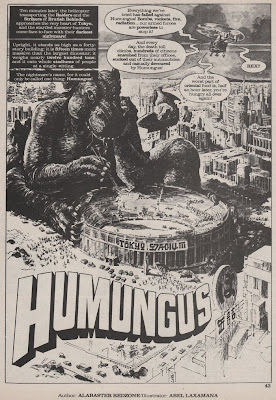 Posted by Mysterious Pants at 8:00 AM

Actually there are four REX HAVOC stories; the RAIDERS OF THE FANTASTIC collection omits "The Spud From Another World" from 1984 #5, but other than for the sake of completism it's no great loss. The first story and "Humongous" are far better, and "She Who Must Be Okay" comes in at a distant third.

And your site is excellent! Gotta love them city-stompers!

Thanks for the info and the kind words! I've added the correction to the post.